12 Of The Biggest Brand Product Fails 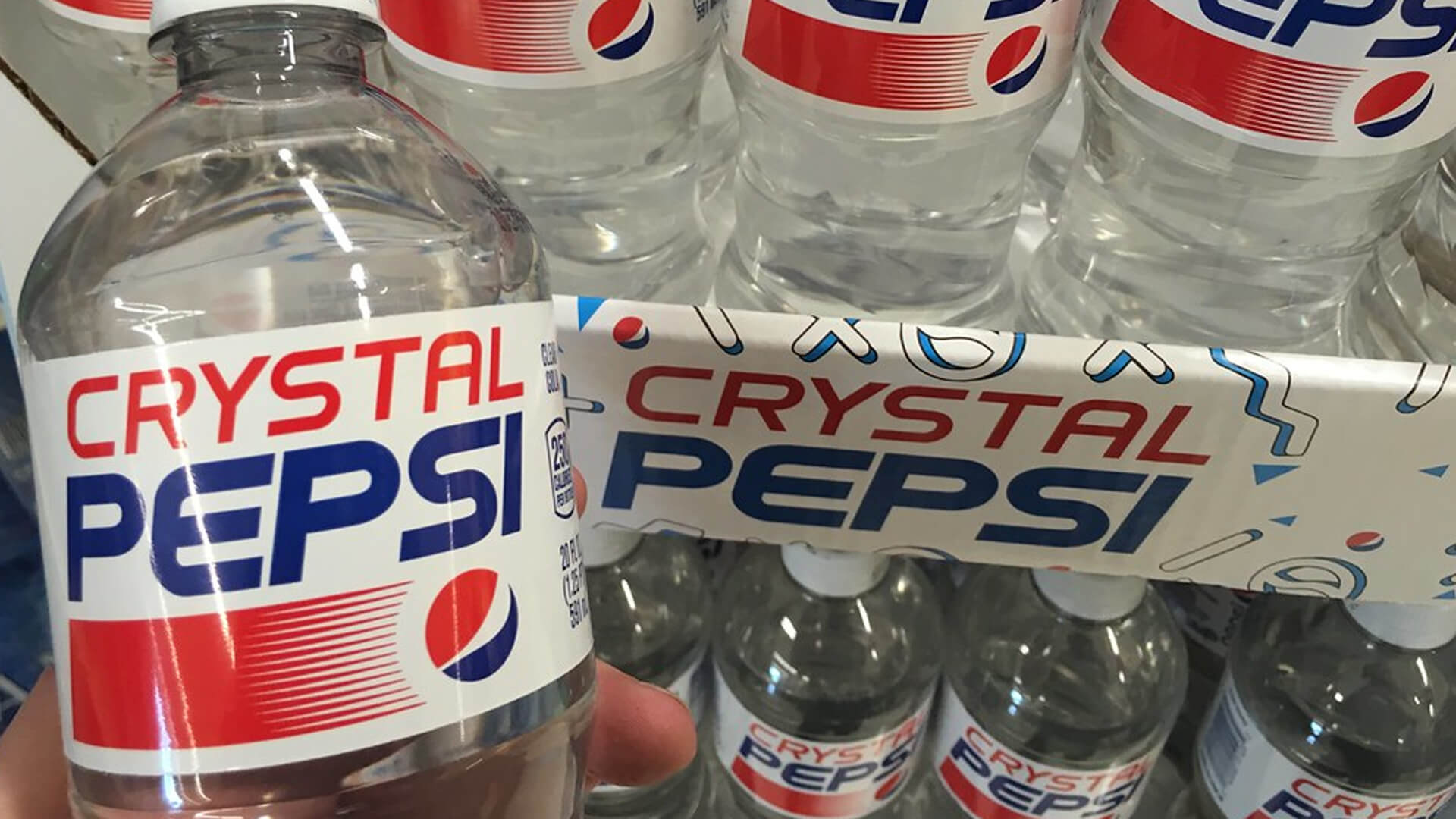 Research and development can bring some awesome product developments from idea to reality but as this latest look from R&D tax credit specialist RIFT Research and Development Ltd proves, some things are better left on the drawing board.

RIFT has pulled together some of the biggest product fails to have hit the market over the decades and the big brands that tried to launch them.

Many in this day and age will give you a look of bewilderment when you mention a VHS but this ancient piece of tech was the downfall of the Sony Betamax back in the 70s.

The Betamax was the latest VCR offering on the market and while it was a superior product in terms of speed and quality compared to others in the VCR range, it was completely crushed by the VHS.

This was due to little more than the fact a VHS could record for 2 hours without a tape change and was perfect for feature films. Proof that even if you stick with what you’re good at, R&D on a product can still be wasted.

Yes, in the 80s Colgate launched into the frozen dinner market and not only was their lasagna a monumental fail, but it also caused sales of their toothpaste to plummet as well!

Hoping to cash in on the rise in popularity for ‘pure products’ Pepsi launched a clear Pepsi product. However, with such a strong association of cola being brown, it caused widespread consumer anxiety, made worse by some sneaky corporate sabotage from a well-known rival, and coupled with a poor marketing campaign, it died an almost instant death.

Before Apple took over the world, it wasn’t all a bed of roses for the tech giant. In 1996 they teamed up with a Japanese gaming brand called Bandai to develop the Pippin in an attempt to ride the growing demand for game consoles. It flopped after just a year, at which point some guy called Steve Jobs rejoined the company and the rest is history.

Having delivered a product to the world as addictive as any drug, Pringles looked to research and develop a fat-free version to ease the consumer guilt of smashing off a whole tube in one sitting. While a more diet-friendly approach was the aim, they took it a little too far with the inclusion of Olestra, a fat substitute that also came with laxative like side effects. They didn’t catch on.

We’re always looking for a quicker way of getting around and Segway thought they had cracked it with the development of their two-wheeled PT. While it was certainly innovative, a cool £5k price tag contributed to it failing to catch on, coupled with safety concerns after the owner of Segway was tragically killed riding one.

Another example of a failed foray into a foreign sector is Evian’s water-based bra. It came with pockets that could be filled with mineral water in order to help keep the wearer cool. Apparently, this also helped to tone, firm, and shape, while protecting against heat and humidity. Not surprisingly this product failed to take-off.

Having seen Pepsi fail with Crystal Pepsi the previous decade, Coke said ‘hold my… Coke’, and launched Coca-Cola Black. A combination of Coca-Cola with coffee, the drink was shelved a couple of years later when people began to complain about the poor taste and excessive caffeine. Although Coke’s original recipe was apparently fine?

Love him or hate him, he’s certainly stuck around but the business tycoon and now President of the United States has had his share of failures. In 2007 he launched a brand of steaks advertised as the “world’s greatest” line of premium steaks. However, those eating them didn’t agree with the description and the product was discontinued for poor sales figures after just a couple of months.

There’s no doubt Twitter has become one of the biggest social media platforms today but a little over 10 years ago, they got a little carried away and developed Peek. Peek was an electronic twitter device released purely for tweeting, a little limited considering the wider consumption of digital media available through smartphones. Couple this with the fact that the screen was incapable of actually fitting the maximum 140 characters at the time and it’s no surprise it never really peaked.

Samsung has become one of the leading brands in the never-ending Apple vs Android war we find ourselves in the middle of today, but its largest casualty to date has to be the Galaxy Note 7. Despite taking the time to research and develop a brand new phone for the market, 2.5 million products were recalled due to problems with overheating and exploding batteries.

Last but not least, another tech superpower but yet another who has had at least one fall from grace over the years. Google’s comes in the form of Google Glass, its attempt to transition smart technology from handheld devices to faceheld devices. Not only was it priced at £1,000, but it also raised safety and privacy concerns, oh and it didn’t really do anything it was supposed to. A real R&D fail!

“Research and development has delivered many great new products, services and technology over the years but when venturing into unchartered territory there is always going to be a risk of failure.

Whether you’re trying to improve an existing offering or enter a new sector altogether, time and money are much better spent perfecting, testing and developing a product than launching it prematurely and watching it flop at a considerably higher cost.

One silver lining is that many of these fails would have qualified for R&D tax relief and so they could at least have recouped some of their costs had they applied. Not that it will make them feel any better about it now.”