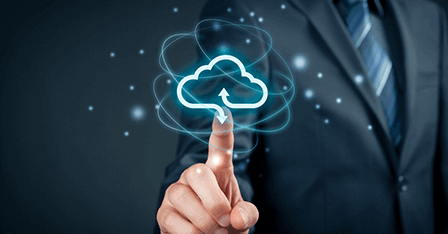 UK SMEs reject cloud as their primary storage choice despite growing usage, only a fifth believe cloud is a long term storage option.

Only 13% of UK SMEs are using cloud storage as their primary storage platform, according to a survey* from IT service, support and solutions provider, Icomm Technologies. Carried out amongst 500 small to medium-sized organisations, the survey revealed that almost two thirds (61%) look to Storage area network (SAN) solutions while 16% are still using NAS or DAS. When asked about long-term solutions, only a fifth (22%) said they were confident that cloud data backup will become their primary storage strategy in the future.

Mark Lomas, IT consultant at Icomm Technologies, said: ‘‘it is important to separate the hype from reality in order to understand how businesses can best manage their cloud storage infrastructure. SMEs will often have less scope to experiment compared to a larger enterprise. Testing new solutions can be a costly exercise, meaning that if businesses want to make a change, they’ll have to commit in a big way. While the cloud is likely to grow in popularity, SMEs are clearly in no rush to adopt it as their primary solution.’’

Data growth is often billed as a key incentive for businesses to move to the cloud storage, allowing them to enjoy the freedom of scalability. Despite the fact that analysts expect the global volume of data to double every two years before the end of the decade, the survey found that the majority of UK businesses are not struggling with rapid data growth.

More than three quarters (77%) stated that annual growth rates do not exceed 10% – while just 3% experience year-on-year growth higher than 25%.

Lomas continued: ‘‘With economic growth being slow and steady, it shouldn’t be a surprise that data growth has followed suit. Data growth does not come out of thin air – there will always be a correlation between the performance of a business and the amount of data being produced.’’

Just 8% of respondents said that they regarded scalability as a primary concern. Instead, the focus lay with cost (30%) and performance (20%).

Almost a third (29%) said that they now see converged infrastructure as a serious proposition for their business, but 70% remain unsure of its value.