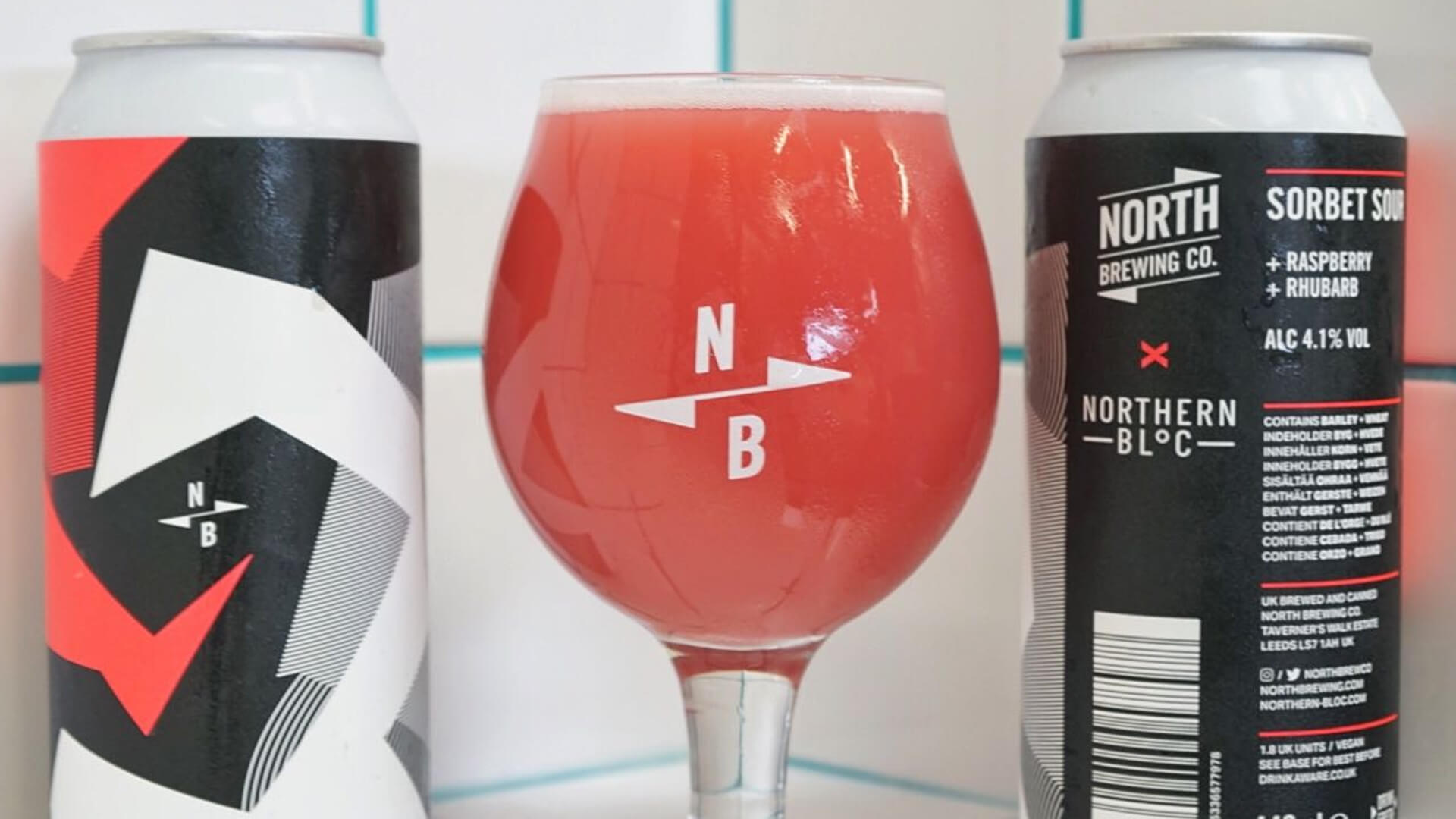 Leeds based brewery, North Brewing Co, have teamed up with ice cream innovators, Northern Bloc to create a brand new sour beer that pushes the boundaries of taste, flavour and colour in the beer world.

North Brewing Co have been renowned for their brightly coloured Triple Fruited Gose beers, since adding them to their range of limited-edition specials in March 2018. This series of beers has seen the brewery experiment with adding triple the amount of fruit that would usually be found in a fruited sour to produce bright, sour beers, with an almost smoothie-like mouthfeel. This has been achieved through the addition of lactose to the beers. Since summer 2019 the North Brewing Co core range have all been vegan, meaning that the brewery was keen to experiment with an alternative to lactose in their sour beers.

Northern Bloc have been working to redefine ice cream through their championing of natural ingredients, refusal to use additives, and experimentation with vegan products. Both Northern Bloc and North Brewing Co are true innovators in their fields, prioritising quality and flavour above all else. Collaborating on this vegan beer felt like a natural fit.

The fruits chosen are based on one of Northern Bloc’s recently launched rhubarb & raspberry vegan ice cream… A new team favourite, with the rhubarb providing a nod towards the two brands’ Yorkshire roots. Seb and Manolo combined North’s methods of making a Triple Fruited Sour with Northern Bloc’s vegan innovation.

North X Northern Bloc Sorbet Sour is being released on Friday 13th September at the North Brewery Tap at 4pm. It will be available on tap, and in 440ml cans to drink in or take home to fill your fridge. It will also be available at the Vegan edition of North’s weekly street food fair, Eat North, on Saturday 14th September.

The beer will then be on general release from Monday 16th September. It will be available from independent retailers in Leeds and the surrounding area, will be listed on the Honest Brew and Beer Hawk webshops, and has already been pre-ordered by customers in Norway, Holland, Belgium, Sweden, Copenhagen and Shanghai. North will be further showcasing the beer at the renowned Borefts Beer Festival as guests of Brouwerij De Molen later in September, and at October’s Independent Manchester Beer Convention.

Seb Brink, head brewer at North Brewing Co says “After the success of tweaking our core range to be fully vegan this summer, I was keen to look at alternative ways of producing the triple fruited sours that we have become so famous for. We are seeing more and more people moving towards a plant based life style in 2019, and want to support this.

“From a nerdier point of view working with Manolo was fascinating. He breaks down ice cream to a molecular level, and really understood what I was looking to achieve in the mouthfeel of the beer. I am really proud of the finished product and the brewery team are looking forward to relaxing with a few schooners at the launch on Friday afternoon.”

Manolo, R&D Director at Northern Bloc says “At Northern Bloc we are leading the way in vegan innovation and it was exciting to be able to work with Seb and the team at North Brewing Co. We were able to apply our science to truly achieve an all natural vegan creamy texture and taste to the beer. Ice cream and Beer! What’s not to love!”

Sorbet Sour is a true showcase of innovation in the North. It partners two flourishing businesses who are driven by quality, flavour and experimentation, whilst celebrating local ingredients.