Popping The £48m Question: Up To 26,000 Women Consider Proposing To Their Partner On 29th Feb 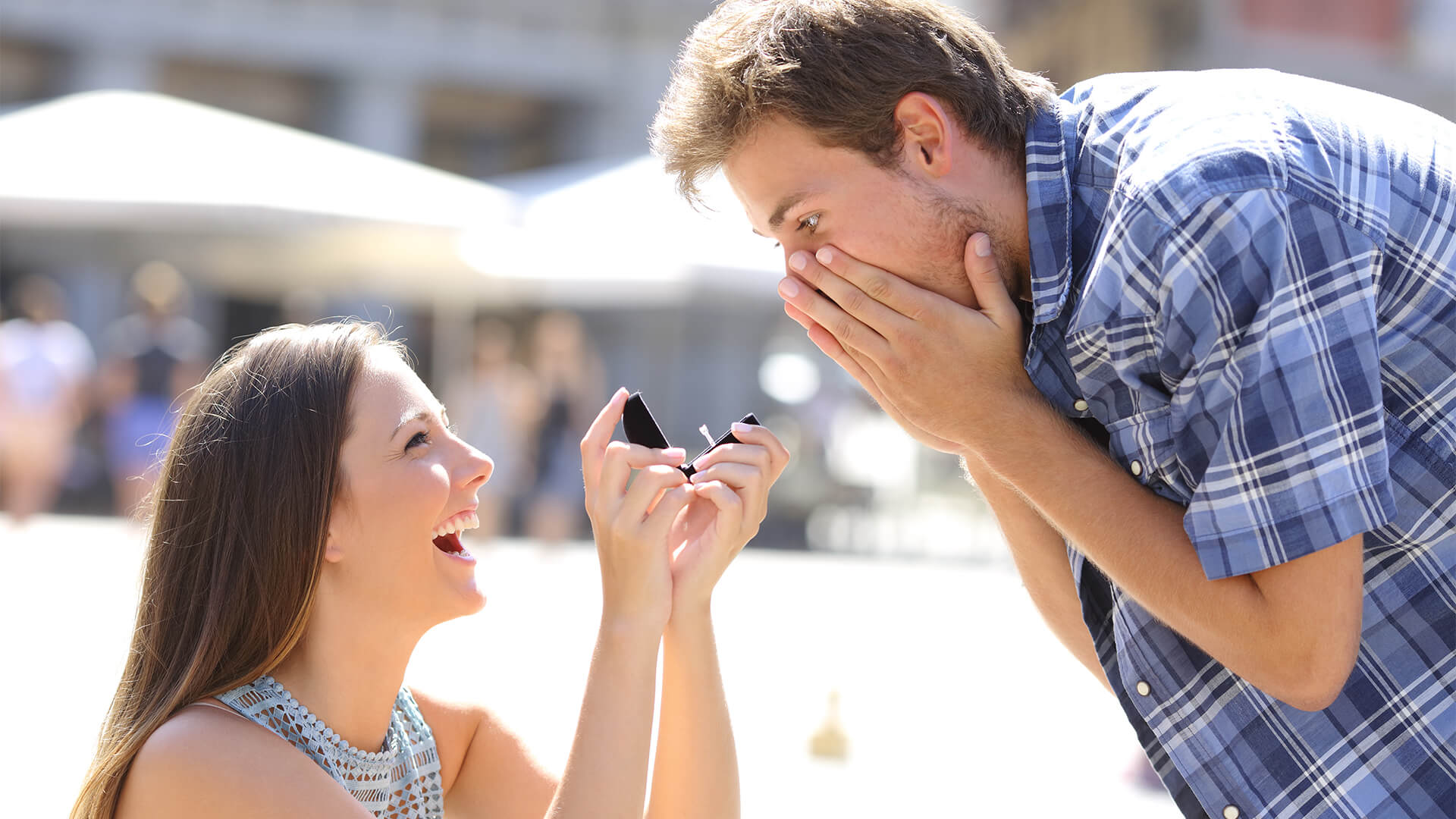 With the tradition of women proposing to men on a leap day dating back to the fifth century, this year could see those proposals generating a boost to the economy of almost £50 million, according to new research.

The study from leading savings site, VoucherCodes.co.uk, asked heterosexual single women whether they would ever consider proposing to their other half. With 3% saying that they would, and a little over one in ten of those stating that they’d do it specifically because it’s a leap year (12%), this means there could be as many as 25,784 women getting down on one knee on 29th February.

But, it’s not just the happy couple that would reap the benefits. If all those who are considering proposing take the plunge on 29th February, the UK economy could see a boost of up to £48.2 million based on how much the average couple plans to spend on engagement rings alone (£1,871 per ring).

Despite the uptake in the longstanding tradition, many women believe that they should be free to propose to their male partner whenever they feel the time is right. 58% of those who say they’d propose would not wait for 29th February to come around.

Top five reasons British women give for wanting to propose:

Many men are also keen on the idea of being proposed to by their girlfriend, with over a third (35%) admitting that it would take the pressure off them having to do the asking. However, 12% would still consider it to be emasculating, while 11% would be disappointed if they were asked by their partner – but only because they wanted to be the one to get down on one knee.

Professor Joshua Bamfield, Director of the Centre for Retail Research, said: “In the modern world, when so many other traditions have been abandoned without much regret, it is surprising that 97 times out of 100 the male is the one expected to ask his partner for her hand in marriage.

“In fact, VoucherCodes’ research shows that this tradition is not universally popular. Twelve per cent of males faced by a woman popping the question would breathe a sigh of relief, although 11% would be disappointed as these men are keen to observe the old traditions.

“On top of the boost from the sale of engagement rings, considering the number of marriages each year in the UK, a further £95 million could be spent on wedding days resulting from female proposals this leap year.”

Anita Naik, Lifestyle Editor at VoucherCodes.co.uk added: “It’s 2020 and the tradition of men always being the one to propose could become a thing of the past. But, for many women, having a dedicated day for female proposals might provide the confidence they need to pop the question.

“However, no matter which partner proposes, weddings are famously one of life’s biggest expenses – with the cost of things like rings, engagement parties and the wedding itself quickly adding up. So, if you’re thinking about asking your partner to marry you, an easy way to help your budget go further is to look out for any deals that may help you keep costs at a manageable level. Our discount codes on everything from engagement rings to formal wear are a great place to start!”