The 5 Most Controversial Marketing Campaigns According to Social Media 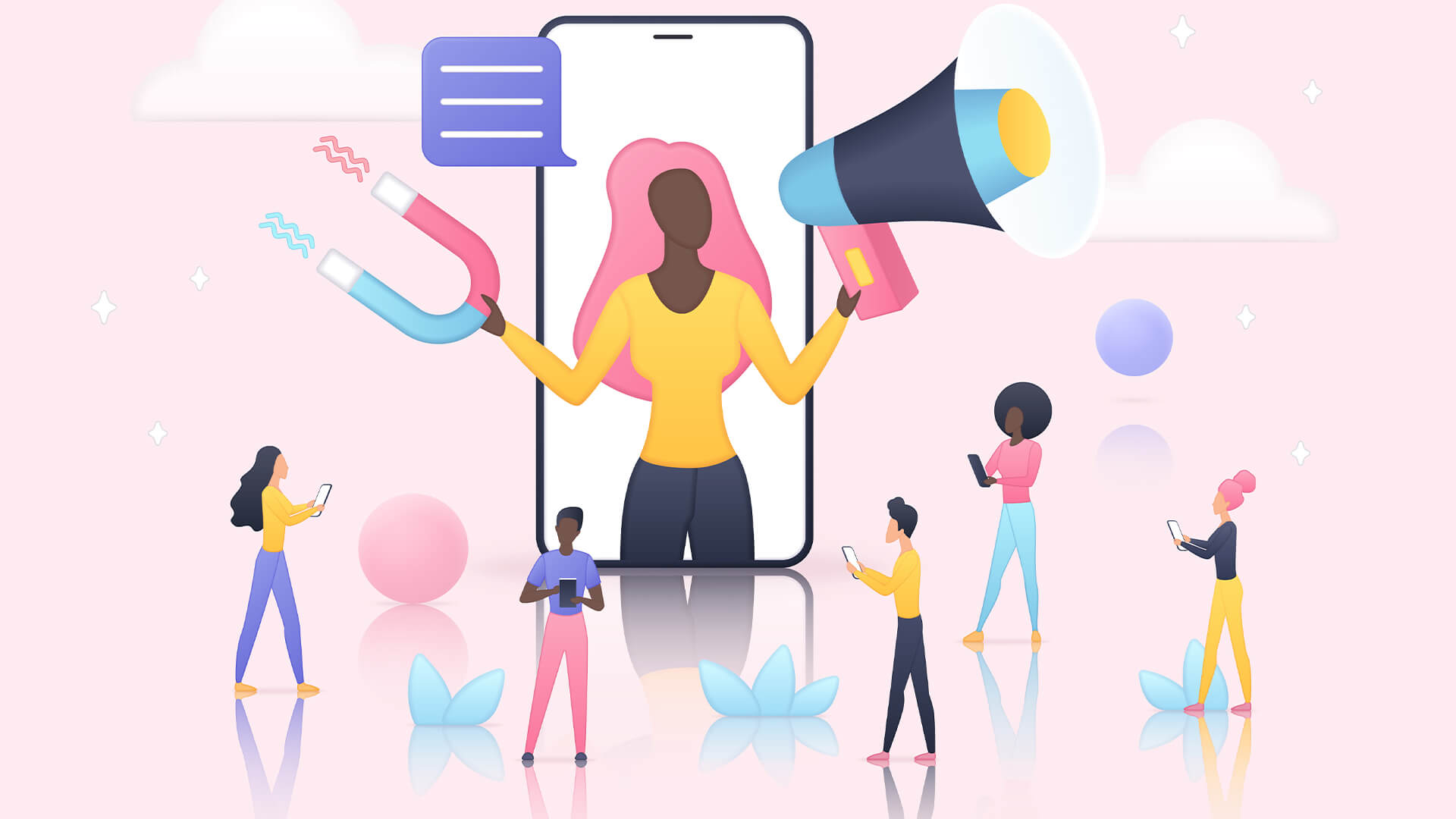 As women’s health brand Elvie recently ‘broke the internet’ with their provocative 2022 campaign normalising women’s incontinence in sport, print marketing and branding experts Solopress have investigated the top 5 campaigns of the last decade that stirred up the social sphere.

The world of marketing has graced us with countless unforgettable (albeit controversial) campaigns over the past decade spanning a range of industries, from fast food to male grooming and women’s health.

But which ‘controversial’ marketing campaigns broke through the noise and caught the public’s attention the most within the 2000s and how many garnered business success as a result?

Print marketing and branding experts Solopress have analysed the top 5 most controversial marketing campaigns according to social media to reveal which campaigns leveraged shock value to their advantage.

The 5 Most Controversial Marketing Campaigns of the Decade

Feminine hygiene brand Always’ unforgettable campaign #LikeAGirl managed to successfully subvert gender stereotypes and redefine what it means to do something ‘like a girl’.

With the aim of reconnecting with their young consumer base (16-24-year-olds) to ensure brand loyalty, Always’ short video advert depicts a casting call with young women, men, boys and girls being asked to pretend to run, fight and throw like a girl.

Whist women, men and boys chose to act out stereotypes and mock the way in which women would do these things, pre-pubescent girls provided a powerful response in that they pretended to complete these actions with pride and confidence.

The insight resonated with Always’ viewership, with 94% agreeing that the campaign has encouraged girls to be more confident and 70% of women and 60% of men claiming that the video changed their perception of the phrase ‘like a girl’.

Always received over 1100 earned-media placements and 4.4 billion impressions in the first three months of launching the now renowned campaign.

They did this by taking a derogatory phrase that supports the negative, misguided representation of women ‘not being good enough’ and making it a symbol of female empowerment via social media with the hashtag #LikeAGirl.

Positive sentiment also reached 96% within three months, purchase intent increased by more than 50% among the target audience and 177,000 #LikeAGirl tweets were posted including tweets from celebrities such as Gloria Steinem and George Takei as a result of the thought-provoking advert.

In terms of social reach and engagement, the initial video advert garnered over 70million views on YouTube and 8.7k views on Facebook, making it to Solopress’ top spot in the best controversial campaigns list.

#LikeAGirl still has relevancy today despite being released in 2015, with posts connected to the hashtag receiving 20.5million views on TikTok.

Another provocative hashtag-led campaign that got thousands on social media talking was Gillette’s 2019 campaign #TheBestMenCanBe.

The video-based social media campaign was created in the wake of #MeToo and aimed to challenge traditional male stereotypes and encourage positive behaviour.

It disregarded the brand’s shaving products and instead addressed themes of toxic masculinity, misogyny and sexual harassment.

Gillette’s video showed various situations involving boys and men, from men making derogatory comments toward women to young boys fighting each other, intending to encourage others to make better choices.

The divisive advert sparked serious debate with some viewers applauding the brand’s stance on this social issue and others viewing the ad as an attack on men.

Among the negative responses was a tweet from Piers Morgan accusing the brand of virtue-signalling “I’ve used @Gillette razors my entire adult life but this absurd virtue-signalling PC guff may drive me away to a company less eager to fuel the current pathetic global assault on masculinity”.

Other responses saw the campaign as a catalyst for positive change with one Twitter user writing “Thank you, Gillette, for standing out and keeping the conversation going” and another stating “I don’t even use Gillette but I may start using it after this…great job, great message, great delivery.”

Although opinions were divided on the campaign, which immediately went viral and now has 3 million views on YouTube, overall, it seems that feedback was positive encouraging 65% more purchase intent.

However, given the backlash received around a razor company attempting to virtue-signal, it’s important for brands to consider whether they have the authority to make comments in these areas and whether the end goal of the campaign justifies the means.

Following the brand’s TikTok video of a woman squatting with weights and accidentally peeing being flagged by the platform as ‘graphic’, women’s health brand Elvie launched a 20ft ‘peeing’ billboard to confront the taboo of urinary incontinence and clap back at social media censorship around the widespread issue.

The brand found that 84% of women experience incontinence in the UK and 1 in 3 experience the issue globally which led to them encouraging women to speak out about the issue.

Featuring the Elvie Trainer product, the #LeaksHappen campaign showed a 28-year old mum of two, Megan Burns experiencing a leak whilst working out, represented by real water coming from the London-based billboard.

The brand aimed to empower and enable women to ‘achieve everything their bodies are capable of’.

Since the launch of the campaign, the brand’s behind the scenes video of installing the billboard has received 1.9k views and content attached to #LeaksHappen has received 3million views on TikTok.

In terms of marketing, the widespread discussion on the topic of urinary incontinence indicates success.

This innovative, head-turning billboard and social media campaign is an excellent example of a brand creating a purpose-led campaign centred on an important women’s health issue relevant to their brand values and product offering.

The campaign utilised shock value to its advantage, thus creating a relevant, timely and impactful message that led to increased brand visibility.

The campaign also demonstrated the power of utilising physical branding such as out of home advertising in 2022 to make a powerful statement and bring your brand to the forefront.

The infamous Weetabix Beanz on Bix campaign that achieved ‘meme’ status won’t be forgotten in a hurry.

The campaign unfolded with a viral image of a breakfast like no other; Weetabix covered in Heinz Baked Beans, much to the horror of social media users everywhere.

Playing on the typical ‘food inspo’ style of Weetabix posts but with a controversial twist, the social media campaign garnered a phenomenal response with an onslaught of other brands responding on Twitter.

Ford declared “Just because you can doesn’t mean you should” with an image of beans all over the boot of a car.

Specsavers, who in typical fashion brought more humour to the Twittersphere by stating “If you can’t beat them, join them” accompanied by an image of two pairs of glasses covered in beans.

The saga continued with the NHS commenting “This tweet should come with a health warning” in response to the Weetabix image, indicating the widespread impact of the tongue in cheek campaign.

Weetabix’s original post on Twitter instantly blew up during what was a difficult time for many dealing with the repercussions of Covid-19, gaining 36.3k retweets, 68.8k quoted tweets and over 130k likes.

Additionally, the Instagram post of the questionable image gained 1,839 likes, demonstrating the level of engagement a simple creative campaign such as this can achieve.

The timeliness of the campaign was another factor that no doubt contributed to its success.

It came out six weeks into a national lockdown where audiences were looking for humour and comfort, emphasising the importance of appropriate timing when it comes to controversial campaigns.

This iconic print campaign from KFC covered a full-page ad in multiple news publications including Metro and The Sun in an attempt to apologise for their chicken shortage in February 2018 and mitigate damage to the brand.

The ad shows an empty chicken bucket with FCK replacing the KFC branding on the front, much to the appreciation of many social media users who loved the strategic humour.

The advert included an apology for the fact that hundreds of stores had to close throughout the UK as a result of issues with their new chicken supplier DHL.

Brandwatch data also revealed that on 21 February alone there were 53,000 mentions of KFC running out of chicken, associated with hashtags such as “#ChickenCrisis” and “#KFCCrisis”.

However, the brand managed to avoid long term impacts, with purchase consideration metrics unchanged by the debacle.

KFC chose to pursue print advertising as they believed that this utilises higher trust metrics than social media.

The advert resulted in 700 press articles and TV discussions, reaching a combined audience of 797 million globally.

Within three months, 219 million social media users were also exposed to the branded image with the witty anagram, thus the campaign had achieved a reach of over one billion from its single print ad, leveraging only ‘humility, humour and honesty’.

The recovery of the brand during the crisis was evident in the brand impression score among consumers dropping from 57 to 49 in the first few days and then increasing to 51 according to YouGov’s BrandIndex findings.

This simple yet effective ad is a prime example of a brand being proactive in the face of a PR disaster by responding in a very ‘human’ way, which ultimately prevented further damage to the brand’s reputation.

As we know, marketing success is measured in different ways using a variety of metrics depending on a brand’s objectives.

Sometimes, in the case of KFC, success looks like mitigating severe brand damage..

Sometimes it can be an impactful campaign video reaching viral status, sparking meaningful discussions and improving a brand’s visibility like the case of Always’ #LikeAGirl campaign.

Solopress’ list highlights some crucial rules to achieving success with controversial campaigns however, such as ensuring the time is right and the tone is appropriate to avoid the advert causing a social media storm or falling on deaf ears.

Also noteworthy is the continued value of print media when it comes to getting a dialogue going, as we see in the Elvie billboard and light-hearted KFC print advert, which successfully used physical print alongside hashtags to drive social media conversation.