What businesses are learning from sport 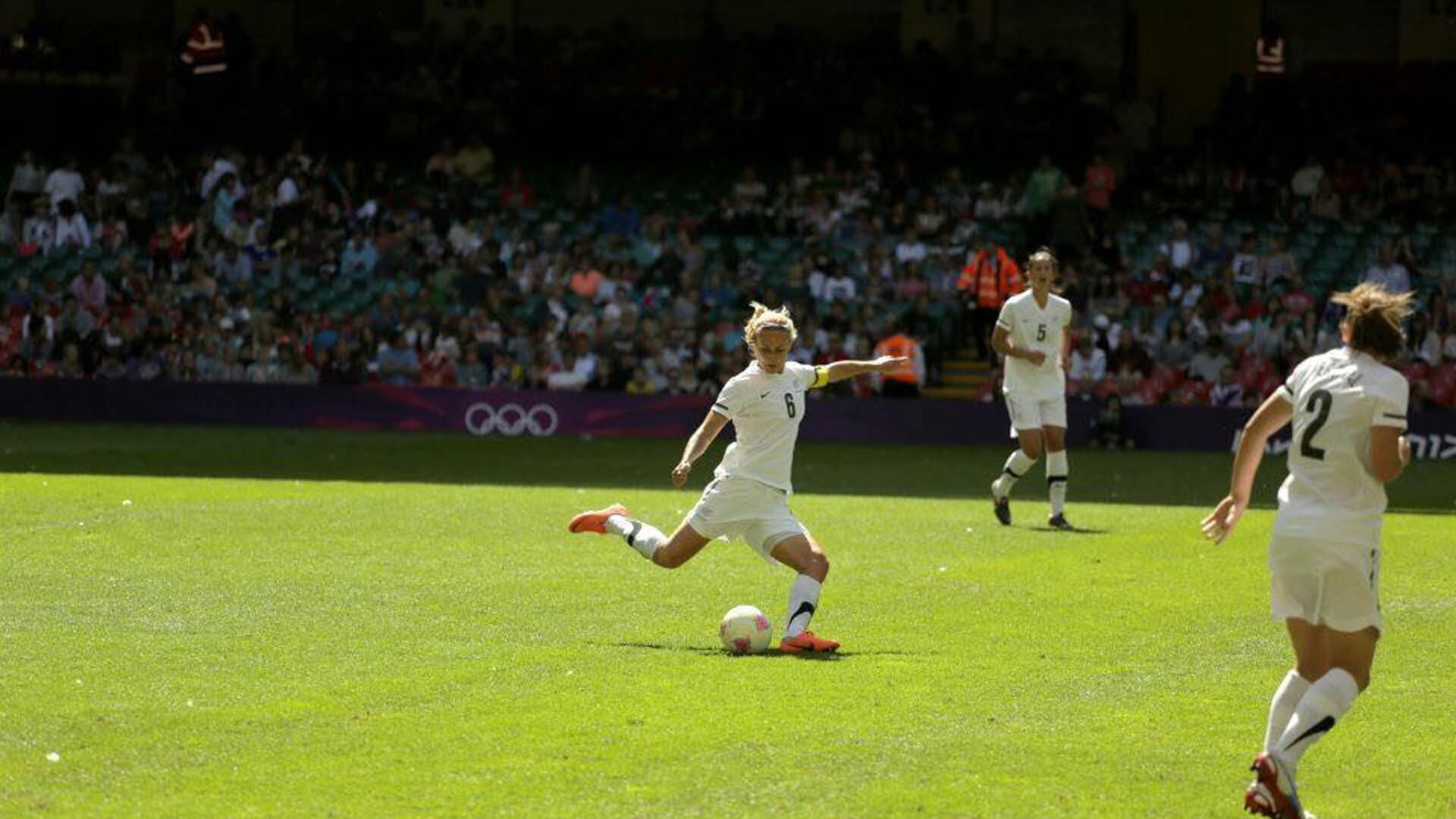 The passion, psychology and nature of sport is winning over business leaders who are using lessons from champions to shape their businesses. Alison Brinkworth takes a closer look at how success on the field can translate into the boardroom.

Sport stars have been giving motivational talks for decades, but former Olympians and champions are tailoring their knowledge towards learning and development in businesses more than ever.

The discipline and tactics involved with sports are obvious themes but there are other relevant aspects to master, as explained by several champions who now work with companies on developing a stronger mindset.

Former Olympic British high jumper Steve Smith founded Liverpool-based leadership and development company Raise the Bar in 2004 after being a restauranteur. He won Bronze at the Atlanta 1996 Olympics and still holds the British high jump record of 2.38m – but was forced to retire early from injury at the age of 26.

Steve, now 46, said: “Everything I learned for sports performance is relatable to an SME and whether I am speaking with a small business, a pharmaceutical company or bank, everyone is talking about change… but it is how you adapt to it that’s important. Change is about having the right mindset.

“I use the example of the “Fosbury Flop” created by high jumper Dick Fosbury. He came up with a radical new technique of high jumping that reached higher limits. Some elite athletes at the time wouldn’t change their technique because they had invested so much time in their training, they wanted to stick with it; but they weren’t jumping as high as everyone else.

“It’s about understanding where you are and where you need to get to. I would look at people breaking records in my field and see what they are doing, what’s the team around them like? Have they got people who have a positive influence? It’s about benchmarking and looking at your competitors as well as yourself. If they are going at a faster rate, what are their working patterns like? What’s their work culture?”

While Steve has perspective on an individual sport, former professional footballer Rebecca Smith understands high-performance teamwork as part of the World Cup and Olympic New Zealand Women’s Football Team. She also played for VfL Wolfsburg that won the “triple” of the UEFA Champions League, German League and German Cup.

Rebecca retired in 2013 due to a knee injury and with degrees in Economics and Spanish plus an MBA, and a Masters in Psychology, she moved into business. Rebecca is now based in London as the Global Executive Director of the Women’s Game at COPA90 – the world’s largest independent football media company.

Rebecca explained: “The number one thing is how to understand and manage people and work together to perform at the highest level possible. So many times, when I was working in a business environment off the pitch, like at Volkswagen, I’d think “if only they could work like we do in our football team then we could perform so much better”.

“You never get to pick the entire company of people that you work with – you’re always with people with different types of personalities. Having the right people, in the right places, at the right time is critical.

“In football, you only have a small margin of error. You take your eye off the ball, it’s a goal, and that can mean game over. The constant critical feedback you get in football can be applied much more in business, questions like “Where are we today? Who do we have in what places? How are we performing?”

“Constantly analysing and making it better can be applied a lot more in business and you’ll find that you think much more strategically and make small adjustments and pivot, pivot, pivot so you’re always moving forward – but always keeping the people at the heart of decisions is key.”

Rebecca’s role at COPA90 is to integrate women’s football into everything that it does, reporting directly into the CEO. COPA90 is the global authority on football culture through storytelling, events and working with some of the major brands to try to connect brand values to football.

As captain of Duke University team, Rebecca was coached and influenced by Carla Overbeck – captain of the winning US 1999 World Cup team. Carla taught her to let players know if they weren’t reaching their standards but also praise them for successes, a balance of accountability that she lives by today.

Rebecca adds: “What sports and women’s football has brought to the forefront of the rhetoric is that you need more women in decision-making positions, or more diversity for that matter, because you make better decisions for everyone. I think business can and should learn from that.”

In comparison, swimming is a sport based on personal goals where world records are continually being broken in the strive for faster times. Former Olympic swimmer David Carry represented Team GB at three Olympics and won two golds for Scotland in the 2006 Commonwealth Games.

“The most significant lesson I took from sport was that winning isn’t about beating other people but delivering your personal best” said David. “Focusing on other people in any competitive field won’t deliver satisfactory results in the long term, as there’s nothing you can do about their performance.

“I quickly came to regard achieving a personal best as the constant success I should aim for. The elite coaching at Team GB pushed us to always identify our own ‘win’, and consistently ask what it takes to achieve that.

“It meant no room for activity that doesn’t help you get closer to the win, and this forms a large part of the ethos that Track Record is bringing to the corporate world.”

David adds: “The biometric data provides leadership teams with a far deeper recognition of who they are as an individual and as a team, but it also destroys their preconceived ideas of what high performance is. It’s not about being relentless, stubborn, or ploughing more hours into work, but how we approach situations in the first place.

“In sport, it is commonplace to regularly review performance in order to improve. The business world likes to think it’s similar, but, in reality, most corporate performance reviews come down to justifying past behaviour rather than learning from it.

“We work with businesses to ground progress tracking in data and analyse success and failure at a granular level. Performance analysis shouldn’t be an excuse for back-slapping or an exercise in hiding failure, it should focus on the win the organisation wants to achieve and learning how to progress towards it.

“We often visit companies which have their ethos or values pasted across a wall, which then get forgotten. In order to fully engage a workforce to work collectively towards an end goal, businesses need to consider a strategy that is built on the values and culture of their business.”

“Improved performance doesn’t come overnight, it is the result of creating and following winning habits in the long term.”

David concludes: “I still apply many lessons from my Team GB days to nearly every aspect of my business life. The most significant mantra continues to be ‘what does it take to win’. Whether you’re an athlete or in business, you must define what your end goal is and constantly question whether an action will bring you closer to it.”