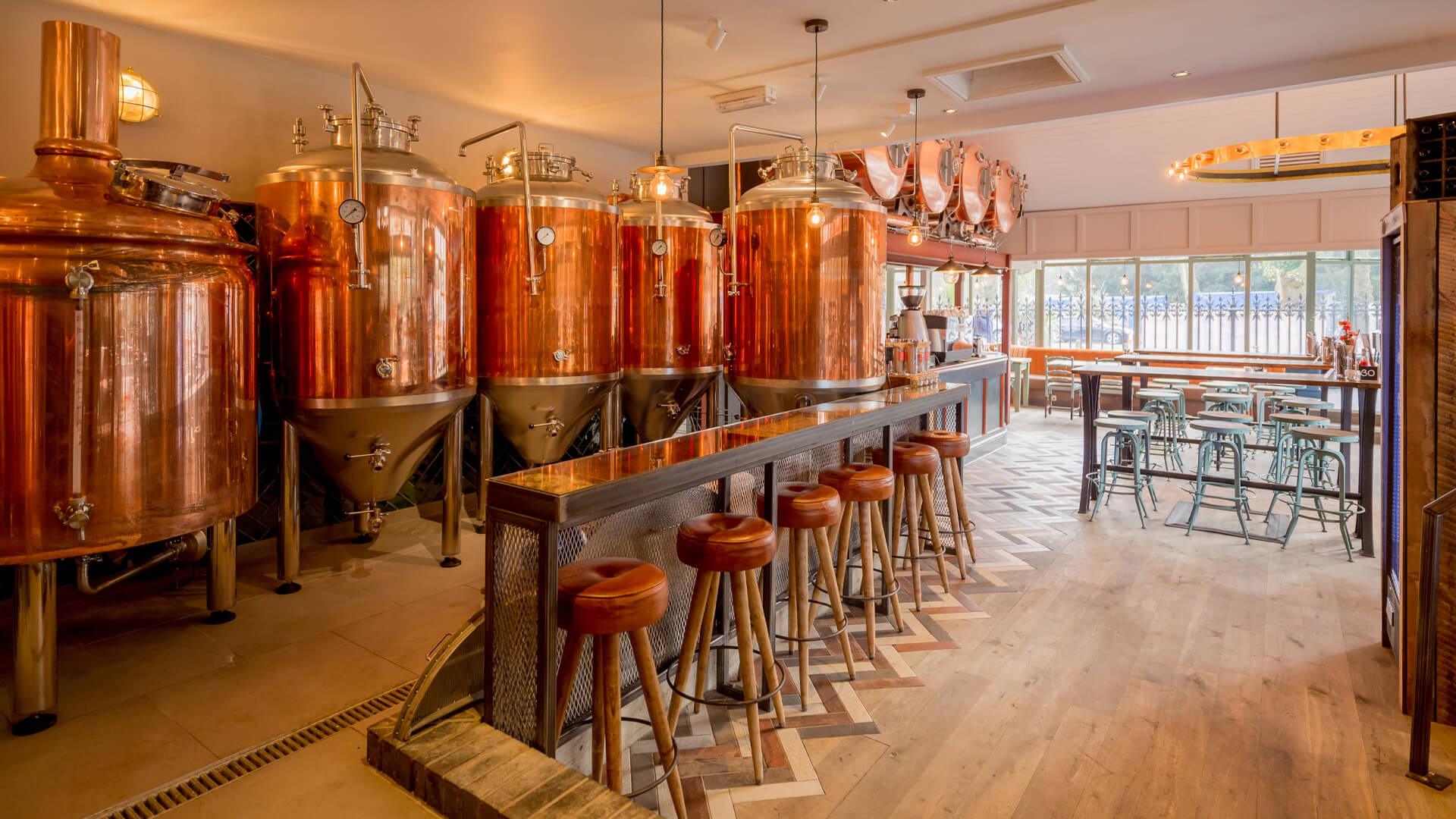 Microbreweries are facing increasing competition as the craft beer trend continues. Alison Brinkworth talks to the UK’s fastest growing SME brew pub about the outlook for the future of the industry.

Forecasts look strong for the craft beer industry with Marston’s On-Trade Report suggesting that it will continue to grow market share for the next five years.

That is amongst a backdrop of standard lager and keg ales falling by as much as 22.5% and 27.8% respectively in that time and The Society of Independent Brewers (SIBA) highlighting that within the beer sector as a whole, craft remains one of the fastest growing categories.

SIBA’s British Craft Beer Report 2019 goes as far as saying 890 jobs are expected to be created in the UK by small independent brewers this year alone.

Brewers aren’t toasting all the news though as, for the first time since the craft beer boom began, independent breweries have started to report challenges from an increasingly competitive marketplace.

A quarter of SIBA members predicted a fall in turnover and on top of that, more independent breweries closed than opened last year for the first time, leaving a total of 753 breweries at the beginning of this year compared to 831 in 2018.

Despite this, Brewhouse & Kitchen – the fastest growing SME brewpub in the UK – is confident of a positive outlook for the industry with much more growth potential and promising consumer trends among its future market of Generation Z.

Industry veterans Simon Bunn and Kris Grumbell started up the independent pub chain in 2011, helped by funds from the Enterprise Investment Scheme and Puma VCT. Since then, craft beer has continued to rise in popularity with more demand for beers, ranging from Pilsners to Porters, India Pale Ales to Amber Ales or Stout.

Simon Bunn, Managing Director of Brewhouse & Kitchen, said: “You hear about pubs closing, but we are seeing a lot of breweries and brewpubs opening too. In London especially, there’s a lot of small breweries in the railway arches, like at the Bermondsey Beer Mile.

Sales hit an annualised £11.4m in 2017, with food accounting for nearly a third of its turnover and it ranked number 19 in last year’s Fast Track 100 – The Sunday Times’ list of Britain’s private companies with the fastest growing sales. It was the highest ranked microbrewery and pub in the list, seeing an annual sales rise over three years of nearly 104%.

Simon adds: “It helps having more microbreweries because it raises the game of the craft beer industry, but the larger breweries want in on craft beer now too.

“In terms of the future, craft beer has much more of a life to it and I can see it becoming the standard, especially as younger people – or Generation Z – are looking for a quality product. So, it still has a lot of growth potential.”

Forecasts on consumer tastes reflect what Simon says about Generation Z, who are currently aged 22 and under. Indications show this age group will be drinking less but drinking better by “choosing quality products such as local craft over mainstream beers”, according to SIBA.

The report also highlights opportunities to broaden the appeal of craft beer to female drinkers and notes that 45% of consumers said they were happy to pay more for genuine craft beer.

“Craft beer is a worldwide phenomenon,” explains Simon. “It took off in America more than anywhere else and is all about flavour. Small-batched beers often have much more flavour, but that comes at a price – wine and craft beer are absolutely the same in that sense.

“Our business strategy is different to other brewers as we have a pub first and a brewery second, but we employ more brewers than anyone else. Most microbreweries only have three or four brewers in total, but we have at least one at each of our pubs.”

To help increase footfall to brewhouses and expand the reach to a wider market, Brewhouse & Kitchen, like others in the industry, have added masterclasses and tours, linking up with Virgin Experience Days and Red Letter Days.

The latest move has seen fine dining experiences introduced that pair food with beer, which will also appeal to female consumers – and nearly half of Brewhouse & Kitchen’s customers are women.

In a similar fashion to what restaurants have done with wine for years, various beers are paired with fine food, like chocolate and cask ale fondue with a stout, to straddle the dining experience market as well as just drinks.

Looking ahead, to helping the industry in the long term, Brewhouse & Kitchen initiated the craft brewer apprenticeship scheme, which involved getting large and small breweries including Fullers, Brewdog and Heineken on board to the training programme it had designed.

There are two intakes a year where apprentices learn how to create beer before being based at a brewhouse. The waiting staff are trained to give them a specialist knowledge of the products too.

“It’s not just about business growth but also maintaining quality for us,” adds Simon. “Hospitality is well known for having transient workers, but we have 70 different beers in each brewpub and the customer expects the staff to know about each of those. We spend a lot of time training people, including e-learning or having a beer specialist in each pub.

“We do a taste test on 500 to 600 beers and score them on six categories, and a beer has to score highly in each of those categories for us to sell it.”

SIBA’s review of the industry proves sober reading on some levels. There’s worry over whether the Small Breweries’ Relief (SBR) incentive by the Government will be curtailed. It currently has a maximum legally permitted level of 50% duty relief for all brewers below 5,000hl. There are calls on Whitehall for reforms to encourage growth in the sector but fears that it could see duty relief withdrawn for the smallest brewers who rely on SBR.

Caroline Nodder, Editor of SIBA British Craft Beer Report 2019, has examined the direction of the industry in detail.

Caroline said: “All evidence points towards a shift in drinking habits towards quality, and away from the volume drinking of years gone by.

“It will come as welcome news to the independent brewers who produce flavoursome, interesting craft beers. There is also a need for creating an experience around beer – whether that is tasting flights of beers, pairing beer with food, running interesting one-off events or games tournaments.

“We’re seeing brewers be more adventurous in what they offer young beer drinkers – in response to the trend for drinking less, but better.”