10 Game-Changing Products That Peaked Too Early 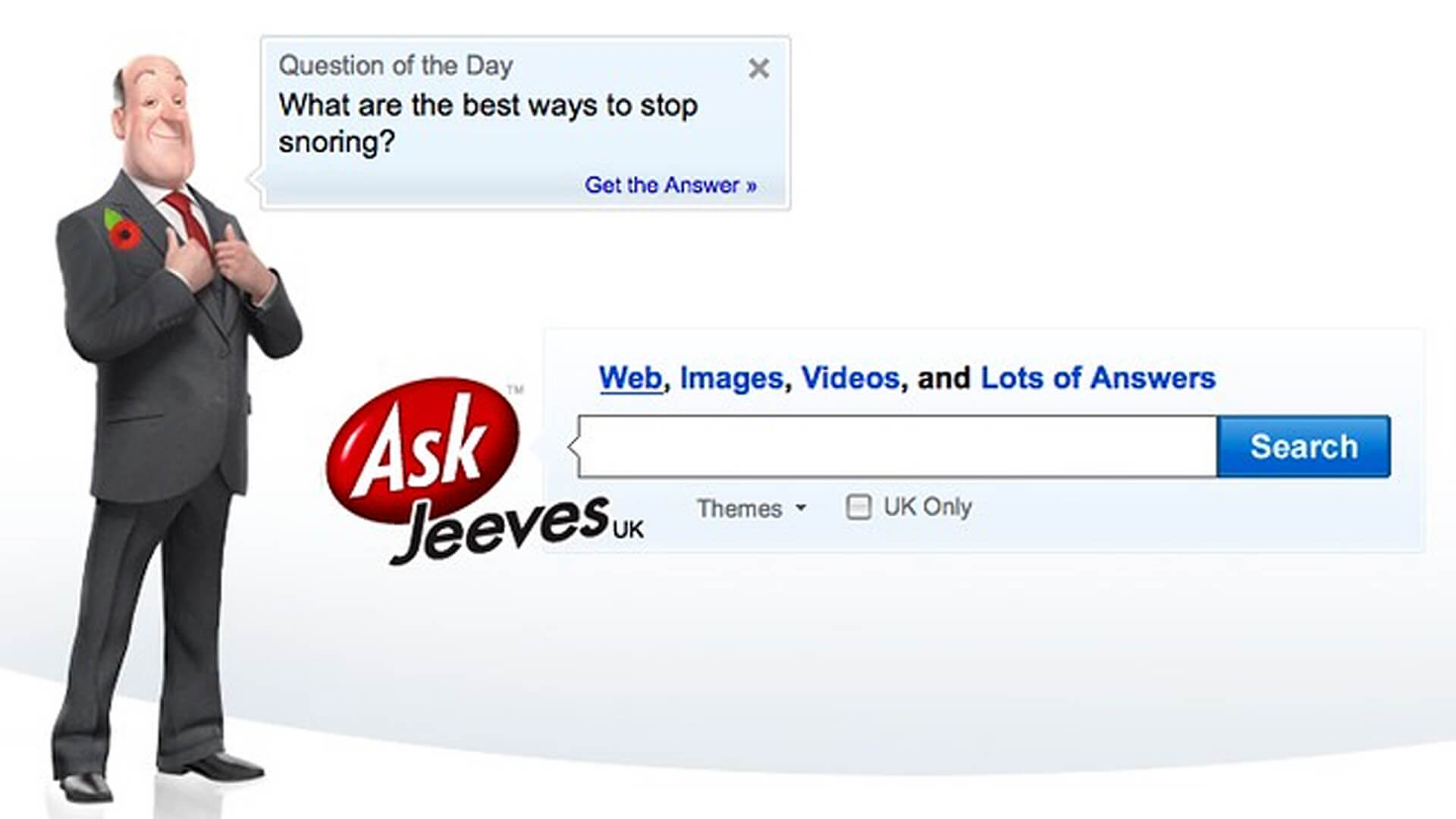 R&D specialists, RIFT Research and Development Ltd, look at 10 innovative product offerings that were ahead of their time but peaked too early,  before being resigned to the history books by some of the best-known names today.

The pointy-nosed butler was much loved for a year or so back in 1996 and pioneered a number of techniques still used by Google today, such as semantic search and ranking web pages by hyperlinks. He was a great outlet for asking some very strange things which just don’t seem as funny if you were to ask Google today.

Perhaps the original social media, SixDegrees, paved the way for other sites such as Friendster and MySpace which have also since become extinct. The site was the original platform for posting and interacting socially on ‘the net’ but peaked way too early and then something called Facebook launched.

The iPad is huge today but a decade before it came about Microsoft led the charge with the Microsoft Tablet. The main issue was they thought it would replace desktop computers and at £1,400 it had a price to match. When Apple designed its own version with a better operating system, sleeker design and the intent of it acting as an additional device, not a replacement, the Tablet faded away and the iPad went from strength to strength.

Waaaay before Just Eat and Deliveroo changed the takeaway game with app-based ordering,  Takeout Taxi pioneered home delivery in the late 80s, offering an affordable drop-off catering service. But with a lack of suitable technology, it stumbled at the first hurdle of menu distribution and failed to overcome it.

Online gaming is huge today and people can make a serious living from it but back in the early 90s, Sega was the first company to offer an online gaming service through cable TV. The pay to play service was considered too expensive, however, and became extinct just five years later.

Skype may seem like the original pioneer of video calling but AT&T had been trying to crack it since the 60s with the Picturephone. They tried for the rest of the century but finally gave up with it being believed to be too intrusive, expensive and lacking quality.

It may have seemed OTT when Apple decided we needed yet another device in the form of a watch but Microsoft launched one back in 2004, using FM waves to receive MSN messages, sports scores and weather updates. But aesthetics and a high price point saw Microsoft yet again peak too early.

While Groupon now saves us hours of scissor cutting from newspapers in order to get our coupon fix, LetsBuyIt was already trying to save us money before the new Millenium. They were the number one company when it came to volume discount retailing bringing customers together to buy in bulk for a cheaper cost, an industry-leading initiative in e-retail at the time. Although they failed, their ideas have been widely used across the online and social media spaces ever since.

Never heard of it? Launched by Netscape’s founder Marc Andreessen, LoudCloud provided cloud computing services way before Amazon Cloud Services but hit the market too early and had to change direction to data centre operations.

Speaking of Netscape, the original browser giant held almost the entire browser market at its peak but was soon overtaken by Microsoft Internet Explorer, which you could argue has also gone the same way thanks to Google Chrome and Firefox. After the demise of Netscape it was found that Microsoft’s tactics were actually in violation of anti-trust laws. Talk about rubbing salt in the wound.

“There is always the inevitable danger when pioneering change in a sector that you could be the one leading the charge, but also the first one to fall during the battle.

These are just a few examples of brands or products that really were light years ahead in terms of the innovation they were trying to bring through the development of their services or sectors.

Unfortunately, technological limitations held many of them back, while others were made obsolete by further advancements on their original ideas.”