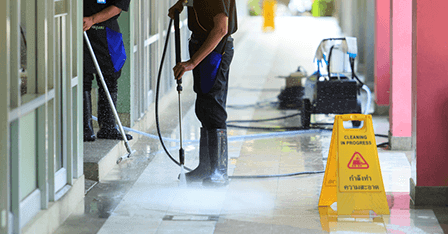 Richard will lead the group’s sales team in generating new business, strengthening relationships with its existing client base across its East Anglia and exploring new markets in Kent and London. He will oversee all sales and marketing activities across the growing business, which includes Monthind Clean, and Cambridge-based Atkins Gregory.

Having spent almost 20 years in the facilities management industry, with the last eleven of those as Commercial Director at Facilicom, Richard Redding brings a wealth of valuable experience to the Monthind group and its client base.

Although this is a new role for Richard, his relationship with Monthind stretches back some years, as he explains. “Monthind’s operations director, Simon Biggs and I worked together for some years at Mowlem’s cleaning division in London. When the opportunity to join Monthind came along and I saw the work culture, and the plans for growth, I decided I wanted to be part of it. The people-first ethos of the company, and the level of loyalty Monthind have from customers and staff says everything about Monthind. I’m delighted to have joined the organisation at such an exciting time.”

Now in its 41st year, Monthind has earned an excellent reputation in the contract and specialist cleaning sector, and the business has grown organically to exceed a £10 million turnover, with significant growth planned in the next five years. Simon Biggs says, “We’re delighted that Richard has joined us at this stage of our journey. To have him on board with the valuable experience he has, fits well with us, and our plans at this time. Richard’s experience of bidding for various types and sizes of contract and his proven ability in supporting a sales team, I know, will add to Monthind’s reputation of delivering a first class service across the region.”