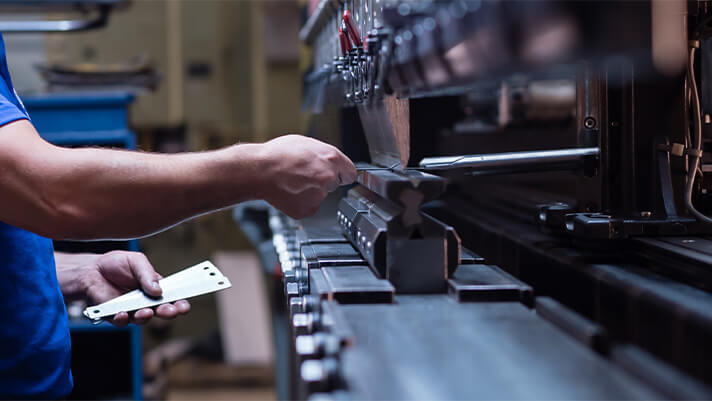 From investment to turnover, recruitment to profits, forecasts are down for UK SME manufacturing bosses as they divert valuable resources to manage Brexit uncertainty, says the national Manufacturing Barometer published today.

The latest quarterly insight into the SME manufacturing sector from SWMAS and partner Economic Growth Solutions, the UK SME Manufacturing Barometer, shows how the challenging economic and industrial climate is pushing UK manufacturers to carry significant risks as they move their supplier base out of the EU and invest precious cash reserves in stockpiling raw materials.

Whilst actual and forecast performance both show a slight recovery from the previous quarter, the number of SME manufacturers reporting an increase in turnover, profits, staffing and investment in new machinery and premises are all down compared to the same period in 2017.

Projections for the next six months are also at a much lower level than this time a year ago and although some manufacturers indicate a desire to invest in their businesses, many continue to hold off, waiting for clarity on the future.

Taking a closer look at actual performance, 51% said turnover had risen in the last six months, 10% down on the previous year.

Profits are also affected, though not as dramatically, with 42% reporting an increase compared to 45% the year before.

Investment in new machinery and premises is crucial for any manufacturing business in order to stay competitive, but this saw another steep decline with just 37% increasing spending in this area compared to the previous year’s 46%.

When asked about staff numbers, 37% of manufacturers said they had taken on more people in the last six months, a slight increase on the previous quarter but down 7% on the previous year.

The SME Manufacturing Barometer also asked manufacturers to look ahead to the next six months.

While 55% expect sales turnover to increase during the first half of 2019, that’s a full 17% down on the previous year. Fewer than half (45%) expect an increase in profits, down 14% year on year.

Similarly, just 45% expect to invest in new machinery or premises, 11% down on the corresponding quarter in 2017, and even fewer, 43%, believe they will increase staff numbers in the next six months, down 5% on the previous year.

Simon Howes, CEO of Exelin Group (encompassing SWMAS), said: “Previous Manufacturing Barometers have demonstrated the characteristic determination and pragmatic approach shown by UK SME manufacturers in uncertain times, yet we must acknowledge that performance is down compared to this time last year and this is being driven by a lack of clarity on the future.”

Dean Barnes, Regional Director of Economic Growth Solutions, said: “Compared to last quarter’s forward projections we have seen a partial recovery in the number of manufacturers anticipating sales, profits, capital investment and recruitment to increase in the next six months.

“However, it is still a reduction across the board when compared to the same period last year.”

In this run up to Brexit, the Manufacturing Barometer also asked respondents what they are doing to secure and develop their supplier base.

Specifically, they were asked whether, within the next 12 months, they intended to relocate any of their supplier base for raw materials and components, sub-assemblies and bought-in part-finished or finished goods.

Over a quarter (27%) said they were considering relocating supply currently sourced in the EU to elsewhere – importantly, nearly 20% of this figure said they could instead seek these suppliers in the UK.

There is more opportunity for the UK too with 8% of UK SME manufacturers saying they could relocate suppliers currently based outside the EU to the UK.

“The effort of sourcing and securing new suppliers indicates UK SME manufacturers are investing a significant amount of time and resource as they identify and establish relationships with them,” said Simon Howes.

“Interestingly, the finding that nearly a third of respondents say they’re looking to move suppliers to the UK also suggests a significant opportunity for the UK market to capitalise on meeting the supply needs of home-grown manufacturers.”

The Manufacturing Barometer also explored manufacturers’ specific plans to stockpile – an intention that first came to light in the previous Manufacturing Barometer. Amidst the continued Brexit uncertainty, more than two thirds (69%) said they were using cash reserves to buy up and store raw materials and components.

Dean Barnes said: “Stockpiling creates its own issues, for example if the business can’t finance this activity or because suppliers’ stock levels are running low.

“While stockpiling is a popular strategy to try to head off Brexit uncertainty, it could be high-risk as it ties up a company’s cash reserves which are needed for running costs and to pay employees.”

Simon Howes added: “As we head into the final weeks before the scheduled Brexit date UK SME manufacturers are doing what they can to adapt their businesses.

“Our research highlights that around half are holding back on investment and recruitment and struggling to increase sales and profits.

“Brexit is clearly amplifying the pressures manufacturers have to manage and whilst SMEs can be more agile they also have fewer resources to navigate and manage change.

“The latest Barometer shows the challenges of securing the supplier base and cost of addressing stock levels are diverting these limited resources from the sector. The UK’s SME manufacturers need support at this vital time to ensure any business casualties are minimised and that they have the resources to grasp any emerging opportunities.”