Put the Phone Down and Avoid the Points 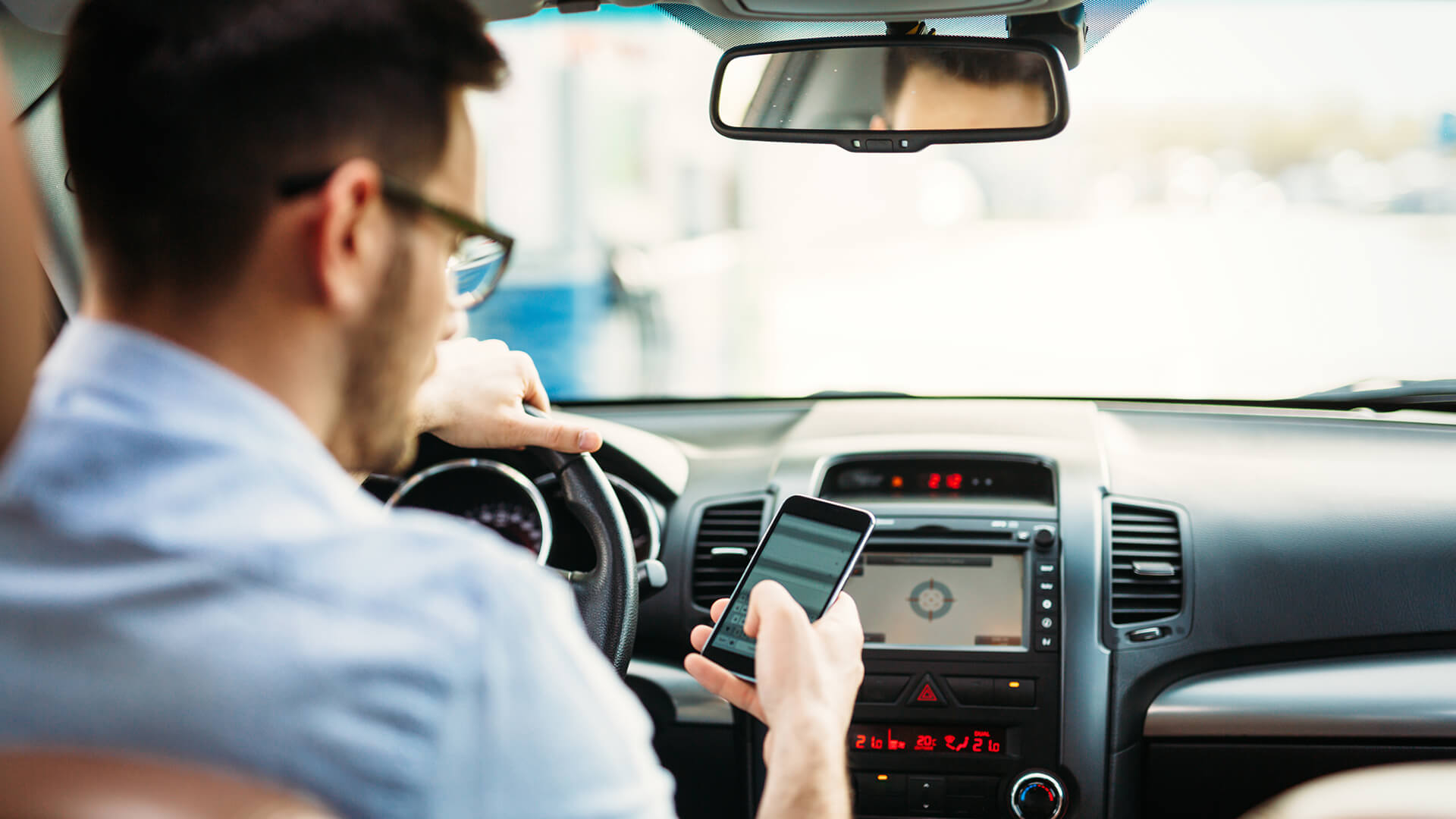 With laws in the UK becoming even more stringent in regard to using your mobile phone behind the wheel, understanding the legalities is crucial. In this article, along with Lookers, who stock the New Ford Transit, we take a look at how you can use your tech without breaching the law.

As the automotive industry continues to inject significant amounts of investment into car safety features, the driving experience is becoming considerably less influenced by the driver. Experts predict that although driverless vehicles are still decades away, their impact will be gradually felt over the coming years.

From basic features such as adaptive cruise control, which comes as standard on most vehicles, to lane keeping assistance and traffic jam assistance, new vehicles, in 2019, are awash with technology.

That being said, regardless of the host of technologies present in vehicles of the future, until we reach the stage at which vehicles are fully autonomous, human error will continue to play a major role in road safety.

Despite statistics of road crashes related to mobile phone use in the UK being unavailable, the figures worldwide are seriously concerning. In the US, 1.6 million crashes each year are linked to the use of a mobile phone. In Australia, nine per cent of all road traffic collisions are linked to drivers being distracted, some of which using their mobile. Meanwhile, in Ireland reports suggest that calling and texting causes accidents than drink driving.

There is no denying that we are an incredibly connected nation. The Telegraph, in 2018, reported that more than 78 per cent of Britons have a smartphone, up 61 per cent from a decade previous, and they are now so emotionally involved in said devices, they check them every 12 minutes.

With these figures in mind, the statistics from this survey from motoring association, RAC, should come as no surprise:

-19 per cent of drivers have admitted to checking texts, emails, or their social media whilst driving

What does the law say?

Back in 2003, the UK introduced mobile phone driving laws for the first time. From 2007 onwards, the penalty for being caught on your phone was a £100 fine and three penalty points, which was deemed suffice in deterring drivers from committing the crime.

Unfortunately, this proved ineffective and the number of offenders gradually increased. In 2017, the penalty was doubled — to six penalty points and a £200 fine. For a driver who has passed their test within the past two years, picking up six points on their license results in an automatic driving ban.

The government have made it clear that using your phone while driving is prohibited at all times and the device may only be used when the car is parked in a safe, stationery position. The only time you may use your phone while driving, is if you need to make an emergency call to 999 or 112 and it is impossible or unsafe to stop.

One event which many drivers may be fully unaware of in regard to legality, is using their mobile phone as a method of payment at a drive thru. As the vehicle has not been parked in safe, stationery position with the engine turned off, it is actually against the law to use the likes of Apple Pay or Google Pay on this occasion.

Devices that work in cooperation with your mobile phone have been available on the market for years however, the laws surrounding them have all been pretty vague. Let us clear some things up.

You are allowed to use your phone when driving if it is connected to a hands-free device and it requires no physical interaction. That’s the easy bit dealt with. However, what does a hands-free kit mean?

Any of the following can be considered hands-free:

If at any stage police have reason to believe that you have been interacting with your mobile phone, regardless of whether or not it is mounted, they do have the right to stop you.

What do we recommend?

We always get tempted to use our mobile phone when we shouldn’t, whether its to reply to a group chat message, check the latest offers online, or to keep up to date with the football scores. However, taking the risk really isn’t worth it.

There are a host of apps available on both the App Store and Google Play Store that can help you break the habit of temptation.

AT&T Driving is one example of an app which sends autoreplies to any texts or calls which you receive while driving. The cleverly developed app automatically starts when you set off and responds to those who have contacted you, letting them know that you are driving, but you will call them back once you’ve stopped.

For concerned parents, Lifesaver is an app which allows you to lock your child’s phone when you know they are driving the car. From the second they move off, their phone will lock, and will not be usable again until they arrive at their destination.

The next time you are going to reach for your phone when you’re behind the wheel take into consideration that you are 23 times more likely to end up in an accident if you text while you are driving. You’re are considerably less aware of what is going on around you, your reaction times will be slower, and you will be unable to maintain a stable road position.

Put your Spotify playlist on shuffle, your phone on mute, and keep your eyes on the road!